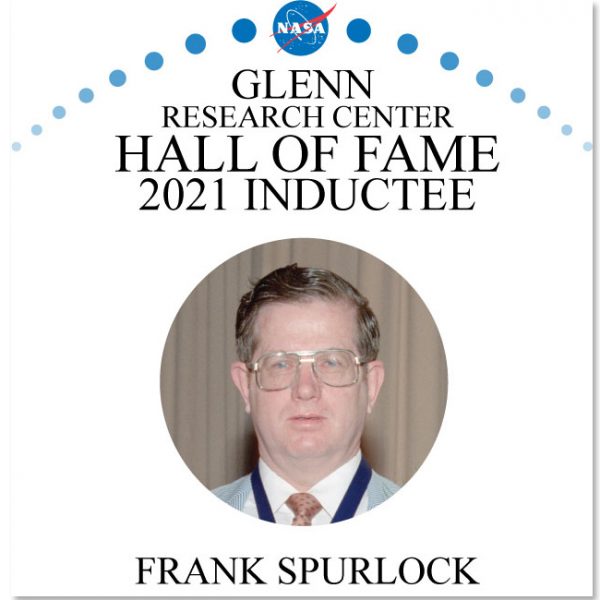 Spurlock was a brilliant student growing up in Hobbs, New Mexico. In the fall of 1957, he was accepted into the honors program at the University of New Mexico, where he became a member of a national mathematics fraternity and received a Sandia Fund grant for academic excellence. Upon graduating in 1961, Spurlock received a Woodrow Wilson Fellowship to pursue a master’s degree in physics.

Spurlock opted to work on his degree at Case Western Reserve University in Cleveland, Ohio. The move coincided with President Kennedy’s announcement that the United States would send humans to the Moon within the decade. NASA Lewis, located just across town from the university, was in the midst of a massive recruiting drive to meet this goal. A professor, aware of NASA’s need for individuals with strong backgrounds in math and physics, notified Spurlock of an open analytical position. The 21-year-old Spurlock decided to forgo his fellowship and joined the center’s new Powered Flight Analysis Section. He eventually completed his master’s degree in mathematics at Cleveland State University in 1971.

In March 1962 Spurlock joined a group of 12 others providing researchers with data on the impact of advanced engine systems—including nuclear engines, ion thrusters, and the 260-in. diameter engine—on potential payloads.

The optimization of flight trajectories is an essential element of mission planning. It impacts payload size, fuel requirements, and flight duration. Trajectories that yield even slight fuel reductions can result in significant increases in payload or mission lifetime. In addition to the dynamic spacecraft and payload considerations, the trajectory calculations had to account for orbital characteristics, Earth rotation, ascent constraints, and numerous other factors.

Spurlock and his colleagues modified an existing code for space probes, “N-Body,” for use with launch vehicles by substituting the gravitational pull of the Earth for that of the Sun. The center’s limited computing capabilities meant they had to use the non-standardized FORTRAN IV language and forgo the simpler gradient ascent calculation technique for the mathematically complex calculus of variations. They doggedly identified and fixed the errors in the code until the derivative calculation issues were resolved.

In the fall of 1962, the center was assigned responsibility for the Centaur upper-stage rocket program. NASA was relying on the Centaur to launch a series of Surveyor spacecraft to analyze the lunar surface prior to the Apollo landings. Lewis was responsible for ensuring the vehicle was flight ready, integrating the Surveyor with Centaur and its Atlas booster, and managing the launches.

Lewis’s initial lack of actual flight trajectory experience resulted in the performance of mission analysis for the early Surveyor missions in the mid-1960s by General Dynamics Corporation, creator of the Atlas and the Centaur.  NASA soon began planning more complex missions for Atlas–Centaur, including the launch of commercial satellites, that would require multiple engine firings. The only existing method of optimizing the flight trajectory for these missions was to calculate two separate flight segments. This was time consuming and imprecise. In addition, these new missions included commercial satellites that required increase accuracy.

For these new missions, Spurlock undertook the daunting task of reformulating the calculus of variations code to reduce its size and computer memory requirements. The new—and far superior—tool, which he dubbed DUKSUP (duck soup), maximized the payload capability by optimizing the vehicle’s thrust direction and the unspecified orbital injection elements. DUKSUP was the first analytical tool that could optimize geostationary orbit flights in a single step.

Soon General Dynamics and Lewis were working jointly on trajectory analysis, and in the 1970s Lewis superseded General Dynamics capabilities and provided all Centaur trajectory design. DUKSUP’s speed and capability surpassed that of any contemporary U.S. or Russian flight optimization tool.

DUKSUP data was used to determine maximum payloads within a pound, plan trajectories, demarcate launch windows, provide range safety data, and facilitate tracking by ground stations. Impressed by DUKSUP’s accuracy, NASA and industry frequently called upon Spurlock to provide trajectory data for specific missions before the payload was even designed. The missions could not take place without DUKSUP’s data.

The slow processing of NASA’s computers afforded Spurlock and his colleagues the time to develop new analytical tools while the programs were running. With no better options available, they learned to use the nonoptimal FORTRAN and the calculus of variations technologies in ways that had never been attempted, which gave them unique insight into launch vehicle trajectory optimization.

Spurlock became a formal part of the Centaur Program in the early 1970s. He managed the center’s overall mission design and trajectory work while contributing to the analysis for each specific Atlas-Centaur and Titan–Centaur launch. Over the years, DUKSUP supported 65 Centaur missions, including communications satellites, space telescopes, and probes sent to every planet except Pluto. The probes included the Pioneer 10 and 11 interstellar spacecraft; Voyager 1 and 2 outer planet spacecraft; the Viking landers on Mars; and Cassini-Hyugens, the Saturn orbiter and probe.

He continued refining DUKSUP based on post-mission data and integrated new caveats into the code as the missions grew more complex. DUKSUP eventually contained over 5,200 lines of Spurlock’s code. Because the coding had to be tailored to fit within the limitations of FORTRAN and the computing systems, it could not be properly documented or transferred.

In 1983 Spurlock was named head of the Mission Design and Performance Section. He updated DUKSUP for the Shuttle–Centaur Program, which sought to deploy Centaur stages from the space shuttle. The DUKSUP calculations expanded the launch window for Galileo, Shuttle–Centaur’s first scheduled mission.

In 1986 Spurlock’s section became part of the Advanced Space Analysis Office under Joseph Nieberding. Spurlock and Nieberding authored a report surveying NASA’s history with expendable launch vehicles and discussing issues related to the agency’s plans to obtain all of its launch services from the commercial industry.

In 1991, Spurlock was named deputy chief of Systems Analysis Office where he analyzed the ability of Russian launch vehicles to reach what would become the International Space Station. Lewis led the agency’s efforts to partner with Russia in space in the post-Soviet period. Spurlock spearheaded an attempt to improve Lewis’ increasing interactions with their Russian counterparts. He assisted Lewis librarian and Russian émigré Irene Shaland in the development of 40-hour course to educate Lewis employees on aspects of Russian history, culture, and language.

Later in his career, Spurlock sought to pass on the guidance he had received as a young NASA employee to a new generation. He became a tireless recruiter and mentor to early-career employees. His dedication and character inspired a generation of senior-level managers and engineers who benefited from his patient counseling, encouragement, and assistance. Without fanfare, Spurlock steadfastly served the center, the community, and his church. In the early 1990s Spurlock became an active recruiter for the center, particularly of young African Americans. NASA presented Spurlock with its Outstanding Leadership Medal in 1990 for his recruiting and mentoring activities.

Spurlock’s retirement in 1997 after 35 years at NASA coincided with the retirement of DUKSUP after the Titan IV–Centaur Cassini mission. By the 1990s, the advancements in computing systems made simpler systems, such as the direct ascent technique, more attractive than Spurlock’s exceptional, but complex, DUKSUP. In retirement, he consulted on mission design, trajectory, and space transportation architecture for NASA and for private firms.

Spurlock passed away in 2014, only weeks before he and co-author Craig Williams were to present a paper conclusively documenting his renowned trajectory optimization computer program at the American Institute of Aeronautics and Astronautics (AIAA) 50th Joint Propulsion Conference. The North End Foundation of Berea, a nonprofit community organization, memorialized Spurlock’s commitment to youth and science education by renaming its summer camp the Frank Spurlock Science Camp.