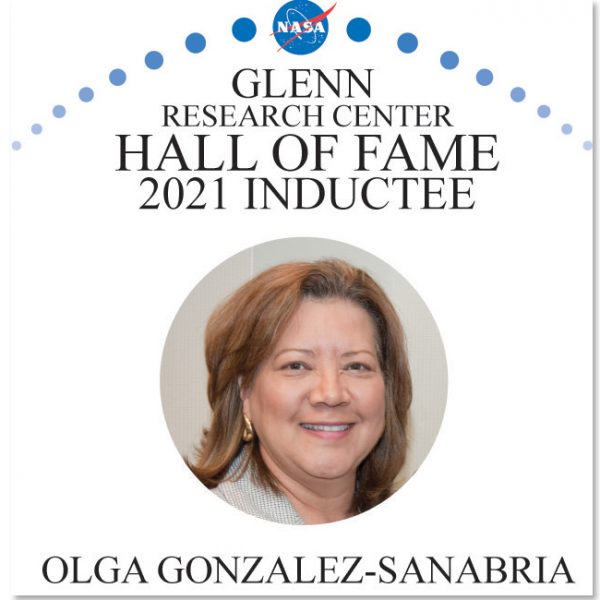 González-Sanabria  began her NASA career in 1979 researching energy storage technologies for space in the Electrochemistry Branch of the Solar and Electrochemistry Division. She and her colleagues worked to advance nickel—hydrogen fuel cells, a new type of battery that offered improved performance. They made key advances in improving the separators that isolate oxidation and reduce voltage losses.  She contributed to over 30 technical papers and is the co-patentee on a separator technology for alkaline batteries.  In 1988 she was part of a group that received an R&D 100 award for long cycle-life nickel—hydrogen batteries.

In 1990, González-Sanabria  moved into the Space Experiments Division’s In-Space Technology Branch which designed experiments requiring testing in space. She served as the group’s liaison to the Headquarters Office of Aeronautics and Space Technologies.  In 1993 she was awarded the Exceptional Service Medal for her outstanding development and coordination work in this capacity.

González-Sanabria  officially transitioned from research to management in 1995 with her appointment as the center’s executive officer. She was responsible for assisting the center director in planning, organizing, and managing the center’s institutional and technical programs. In this role, she helped guide the center through the tumultuous reductions and reorganization that resulted from the agency’s Zero Base Review.

From 1998 to 2002 González-Sanabria  headed the Plans and Programs Office. She was responsible for ensuring that the center’s research programs, plans, and policies aligned with agency objectives. In 2000 she coordinated the first Center Performance Review to measure the center’s effectiveness in meeting agency goals. She also led the center’s effort to establish ISO 9000 certification.

In 2002 she received the Outstanding Leadership Medal.  In 2003 she was inducted into the Ohio Women’s Hall of Fame for her technical achievements and being a leading professional Hispanic. In 2007 she was awarded the Presidential Rank of Meritorious Executive for her leadership in integrated engineering services and the Hispanic Engineer National Achievement Awards Conference’s Executive Excellence Award.