The Graphics and Visualization Lab applies advanced visualization technology and expertise to create innovative solutions for NASA and the scientific community.

For over 30 years, the Graphics and Visualization Lab (GVIS) has been providing visualization support to each of the Glenn Research Center’s core competencies. We are a unique lab that develops graphic visualizations from data and models to provide researchers, scientists, engineers and others with a visual tool to develop solutions for their work.

Our team is part of the Scientific Computing and Visualization Team at Glenn which works to unite the worlds of visualization and scientific computing.

The lab is also part of a collection of “Creative Spaces” at Glenn. It is a facility whose doors are always open for NASA employees to stop by and discuss their needs and ideas, and also to experiment with the equipment.

One of the Lab’s main objectives is to work with scientists and engineers to produce custom graphics applications of their projects.

Within our varied projects, we specialize in:

The Lab supports the visualization of a wide variety of 3D data and models such as CAD, point clouds and volume data. We are capable of high-impact data visualization, web-based visualization, time-accurate data representation, and designing and testing CAD models in virtual reality.

The GVIS Lab also places an emphasis on education and outreach by educating the community through hands-on educational events at local schools, museums and organizations. By hosting tours of the lab and conducting presentations and events, the lab inspires the next generation of STEM-minded students. 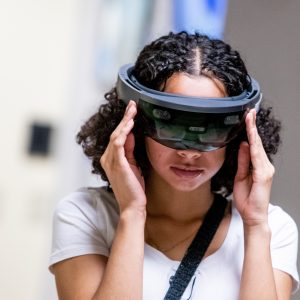 Visualizations
The GVIS Lab’s visualizations allow people to interact with science and environments in an interactive and intuitive way. 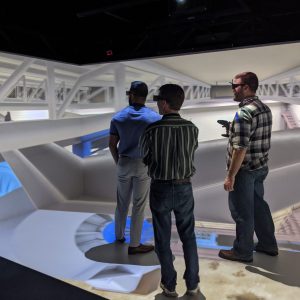 GRUVE Lab
The GRUVE Lab provides a fully interactive virtual reality space in which to observe and analyze data and environments. 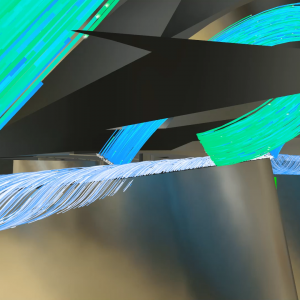 Services
The GVIS Lab offers diverse visualization displays, solutions and services for all of NASA and the scientific community. 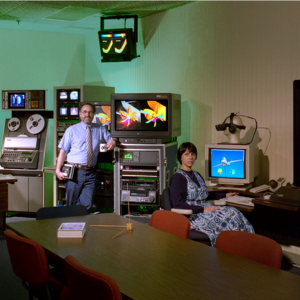 History of GVIS Lab
Since its creation in 1989, the GVIS Lab has had a storied visual and technological history. 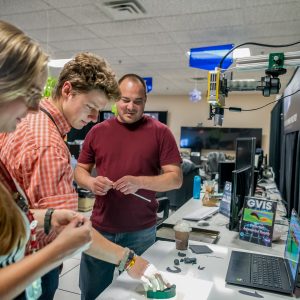 GVIS Students
The GVIS Lab hosts several college and high school interns throughout the year, giving motivated students the chance to develop their skills while working ... 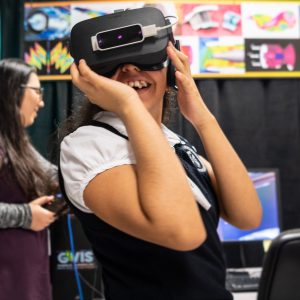 What We’re Working On

NASA is working to improve storage of propellants in space. One of the most efficient propellants, liquid hydrogen, cannot be stored long-term in space—it must be kept very cold (20K) or it will boil off. This visualization shows a computer simulation of a liquid hydrogen propellant tank with an internal “jet mixer” to help equalize the internal fluid temperatures. It’ll be used to help analyze the effectiveness of this method with the aim of being able to store liquid hydrogen more efficiently for space missions.

W-1A is NASA Glenn’s Low Speed Axial Compressor facility. This virtual reality experience allows the user to take an immersive and interactive tour of the facility as it is being used for recent work on jet engine casing treatments. Using a VR headset or the Cave Automated Virtual-Reality Environment (CAVE), the user can explore the facility’s environment, examine the engine and pick up objects to better inspect them in a seemingly realistic way.

A video featuring the W-1A visualization can be seen on our YouTube channel.

The Lab maintains a large collection of computing, visualization, and user interaction devices including:

All of these devices are available for employees to try and test for possible application to their work.

We support all six of the center’s core competencies and all four of NASA’s general mission directives, as well as the surrounding research community. If you are considering using our data visualization, 3D modeling, or other services, please contact us.

The GVIS Lab is part of the NASA Glenn Scientific Computing and Visualization team. The scientific computing side of the team specializes in technical areas ranging from artificial intelligence, machine learning, data science , mathematical modeling, and web software integration to AR/VR, 3D graphics, and data visualization. The Scientific Computing and Visualization team has successfully worked with a wide variety of customers in the past, including OpenMDAO, Convergent Aeronautics Solutions, Human Research Program, and even VIP events.