NASA Glenn Research Center inducted its second class into its Hall of Fame as part of a year-long celebration of the center’s 75th anniversary. Again, the honorees emerged from a variety of fields, from center directors, to groundbreaking researchers, computer analyists, and education.

The induction ceremony was held on September 24, 2015 in the Mission Integration Center (MIC). Deputy Director Marla Perez-Davis and NASA Chief Scientist Ellen Stofan (via video) provided introductory remarks, and the ceremony was led by local media personality, Greg Dee.  Andy Stofan, Eli Reshotko, Lonnie Reid, Lynn Bondurant, and Julian Earls were present to receive their honors, while family members and former colleagues accepted for the others. 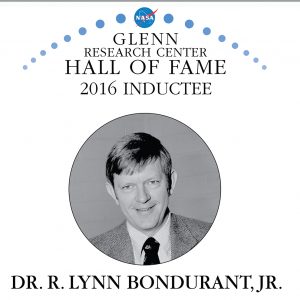 Dr. Lynn Bondurant, Jr., began his NASA career in 1981 as the director of the newly established Office of Educational Programs. His visionary leadership and tireless commitment to science, technology, engineering, and mathematics (STEM) education laid the foundation for the center’s excellent educational outreach. By creating unique and engaging programs for students and educators, such as the Mobile Aeronautics Education Lab, he inspired a deeper appreciation for STEM in countless youth and undoubtedly motivated many to pursue science-related careers. Bondurant retired in 1999 with over 20 years of Government service. 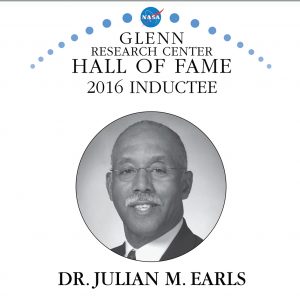 Over his 40-year career, Dr. Julian M. Earls helped to shape the center in a number of areas. He began his career in 1965 as a physicist and quickly established himself as a leader in health physics and radiology, authoring NASA’s first-ever health-physics guides. Dr. Earls was a champion of equal opportunity and the first African American to hold many leadership positions at the center. He rose to the ranks of center director in 2003, where his energy and leadership elevated the center’s presence in the agency and region. Dr. Earls retired in 2005. 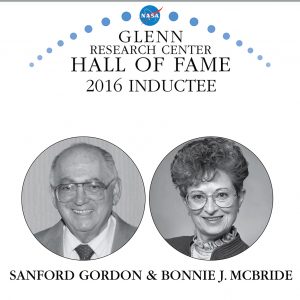 Sanford Gordon and Bonnie McBride worked side by side to develop one of the most important and widely used computer programs in the aerospace industry, and they continued to improve the program for decades until their deaths. Now known as Chemical Equilibrium with Applications (CEA), the program is still used worldwide. Applications include assigned thermodynamic states, theoretical rocket performance, Chapman-Jouguet detonations, and shock-tube parameters for incident and reflected shocks. Gordon retired in 1985 and continued to work with our contract partners.  McBride passed away in 2005 while still employed as a physicist in the Combustion Branch. 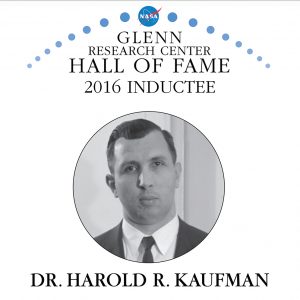 Dr. Harold Kaufman began his career at the center in 1951 and developed and tested the first electron-bombardment ion thruster in 1959. The Space Electric Rocket Tests (SERT I and II) used Kaufman’s ion engine in the first successful demonstration of electric propulsion in space and confirmed the technology for long-duration spaceflights. Dr. Kaufman’s research revolutionized the exploration of deep space, becoming the basis for ion propulsion systems that are in use today and planned for future NASA deep space missions. Dr. Kaufman retired from NASA in 1974 and became a professor at Colorado State University. 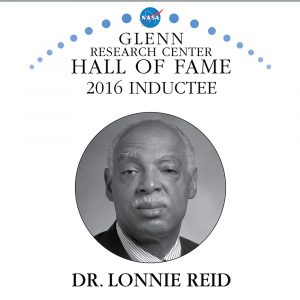 Dr. Lonnie Reid is nationally recognized for his knowledge of internal flow in advanced aerospace propulsion systems. His long history of integrating the theoretical and experimental elements of fluid dynamics resulted in an expanded database of compressor and fan design. He was the first African American at the center to be appointed to the Senior Executive Service (in 1990) and became chief of the Internal Fluid Mechanics Division. Dr. Reid retired in 1994 with 32 years of NASA service and a legacy of mentoring the next generation of scientists and engineers. 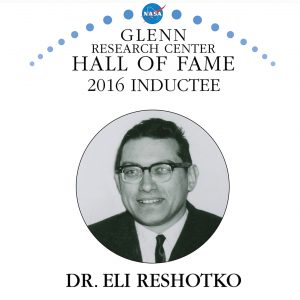 Starting fundamental research at the Lab in 1951, Dr. Eli Reshotko made pioneering contributions in fluid mechanics, including advances in high-speed flows; heat transfer; flow in inlets, nozzles, and ejectors; turbulent boundary layers, compressible boundary layers; and heat transfer on blunt bodies, cones, and cylinders. His contributions enable advanced designs of supersonic and hypersonic propulsion and aircraft. In 1964 he left the center to become a professor in Case Western Reserve University, where he continued to coauthor papers with center researchers. 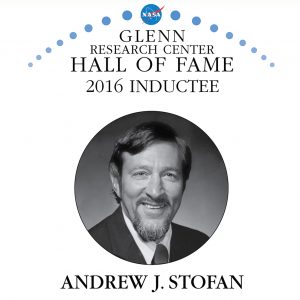 Andrew “Andy” Stofan started at the center in 1958, researching propellant behavior in fuel tanks. He moved quickly to the Centaur Program, led the successful Titan/Centaur Project, and became Launch Vehicles Manager. When he became center director in 1982, the center was on the brink of a shutdown. His visionary leadership and introduction of participatory management and the center’s first strategic plan revitalized the center and brought in four major programs. Stofan retired from NASA in 1988, but his strategic planning initiatives still influence the center’s long-range planning. 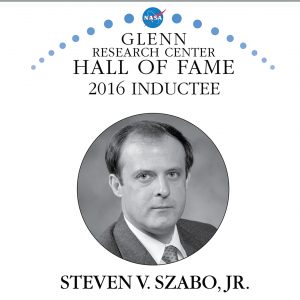 Steve Szabo began his career at the center in 1963 as a Centaur Program systems engineer. Over the next 20 years he took on managerial roles of increasing engineering responsibility in the Launch Vehicles Directorate. In 1986 he was tasked with establishing the first Engineering Directorate at the center. His efforts directly improved the engineering capabilities of the center and ensured the success of many lab programs. The center’s most prestigious engineering award is named in his memory as an acknowledgement of his commitment to excellence in engineering.