The inaugural class of the NASA Glenn Hall of Fame was inducted to celebrate the 100th anniversary of NASA’s predecessor organization, the National Advisory Committee for Aeronautics (NACA). All nine of the inductees were employed during the center’s NACA period from 1941 to 1958. Glenn hosted a reunion of former NACA employees earlier in the day. The class covers a broad swath of activities from center directors to graphic artists to computing, aircraft safety, and thermodynamics.

The induction ceremony was held on September 25, 2015 in the Mission Integration Center (MIC). Center Director Jim Free and NASA Chief History Bill Barry gave inspirational introductory remarks, and the ceremony was led by local media personality, Greg Dee.  Simon Ostrach and Robert Siegel were present to receive their honors, while family members and former colleagues accepted for the others.

Annie Easley began her career in 1955 as a human “computer”.  When machines replaced people, she evolved along with them, becoming a computer programmer. She developed and tested code and analyzed data for a variety of research areas, including alternative energy, battery storage, and the Centaur launch vehicle.  In addition to her professional achievements, as one of the first African-American employees, Annie Easley was a pioneer for females and minorities in STEM careers.  She was a champion for equality for all throughout her career. 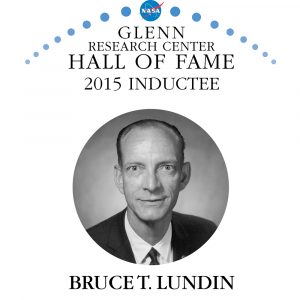 Bruce Lundin started in 1943 as a mechanical engineer working on the problems of piston engines, but quickly moved to the emerging field of jet engines.  A constant advocate for the expansion and evolution of work done at the center and also within the agency, he was one of the most vocal in advocating for the NACA’s leadership in space related activities.  His 1957 paper “Some Remarks on a Future Policy and Course of Action for the NACA” would go on to become the basic template for which NASA’s structure would be based, with the NACA serving as its core.  From 1969-1977 he served as the center director, navigating the center through one of its most difficult periods. 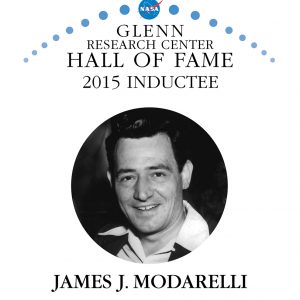 James Modarelli began his career in 1949 as a technical illustrator.  When the NACA was absorbed into the new space agency, NASA, a call was made to design its official seal.  Modarelli designed the NASA Administrator’s seal, as well as the iconic and internationally recognized NASA insignia, affectionately known as the “meatball” logo.  Additionally, he was the creator of NASA’s first exhibits program, laying a foundation for agency outreach and inspiring a generation through community engagement. 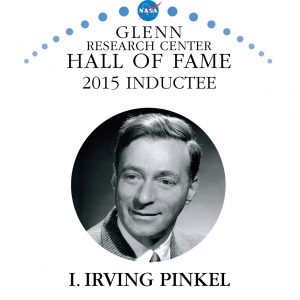 Irving Pinkel was one of the original employees of the center when research began in 1942.  Early in his career he led the icing research program which began his course as a pioneer in aerospace safety.  From 1949 – 1956 he oversaw the crash-fire safety program, greatly increasing the body of research on the causes of fires and impact hazards of airplane crashes.  His expertise was vital in both the Apollo 1 and 13 accident investigation boards.  He served as the first director of NASA’s Aerospace Safety Research and Data Institute.  His leadership and vision laid the foundation for the center’s excellence in safety. 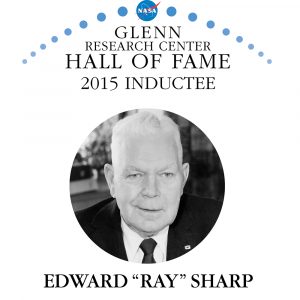 Edward Raymond Sharp, known as “Ray”, was the center’s director for its first twenty years. Sharp expedited the wartime construction of the laboratory, empowered the research staff with the freedom and tools to succeed, and inspired fierce commitment and loyalty among the staff. Employees, management, local officials, and visitors were all drawn to Sharp’s enormous personality. Although lacking any formal scientific or engineering training, Sharp’s determination to provide for his staff, attentiveness to the work being done, and sincere affection for the staff made him the rock upon which the center was built. 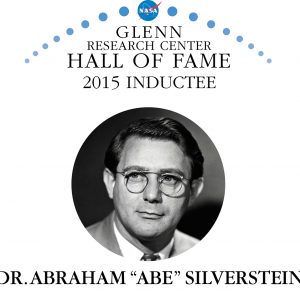 Abe Silverstein began his career at the center in 1943, pioneering early jet technology.  Dr. Silverstein was responsible for the conception, design, and construction of the nation’s earliest supersonic wind tunnels.  His early support for the use of liquid hydrogen and advocacy for the center to lead the Centaur program were key in the success of the Apollo program.  His influence on the agency can still be felt as one of the architects of NASA and early manned space programs.  He is credited with naming both the Mercury and Apollo programs, and was the chief of Space Flight Programs when NASA was formed in 1958.  He would leave NASA HQ to become the center director in 1961 until his retirement in 1969.  In 1997 he was awarded the prestigious Guggenheim Medal for his contributions. Known for his legendary technical abilities, leadership, and vision, few have left a mark on the center as Abe Silverstein

The Giants of Heat Transfer 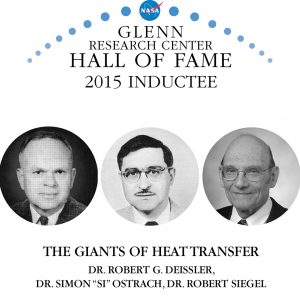 Glenn Research Center established itself as a hub of heat transfer expertise early in its history.  Rooted in basic research, as opposed to applied, this group developed new theories that would transform the body of knowledge up to that point.  Robert Deissler, Si Ostrach, and Robert Siegel are three of the most influential heat transfer researchers in center history.  Their theoretical skills made them world-renown in their own right, but additionally it was the application of their theories that would help the center expand and excel in emerging fields such as jet engines, nuclear propulsion, and space exploration.  Both Deissler and Siegel wrote seminal text books on the subject.  Si Ostrach is a pioneer in the fields of buoyancy-driven flows and microgravity science.