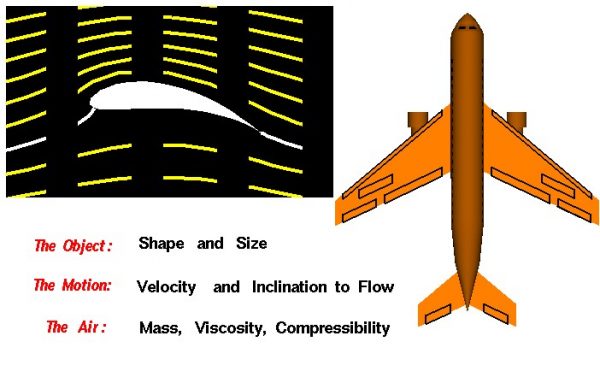 All that is necessary to create lift is to turn a flow of air. An aerodynamic, curved airfoil will turn a flow. But so will a simple flat plate, if it is inclined to the flow. The fuselage of an airplane will also generate lift if it is inclined to the flow. For that matter, an automobile body also turns the flow through which it moves, generating a lift force. Lift is a big problem for NASCAR racing machines and race cars now include spoilers on the roof to kill lift in a spin. Any physical body moving through a fluid can create lift if it produces a net turning of the flow.

We can gather all of this information on the factors that affect lift into a single mathematical equation called the Lift Equation. With the lift equation we can predict how much lift force will be generated by a given body moving at a given speed.