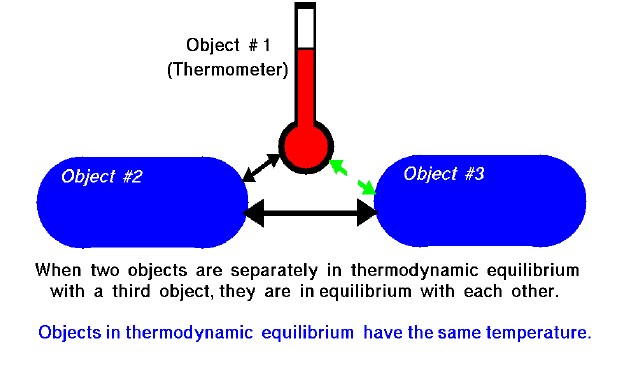 Thermodynamics is a branch of physics which deals with the energy and work of a system. Thermodynamics deals only with the large scale response of a system which we can observe and measure in experiments. There are three principal laws of thermodynamics which are described on separate slides. Each law leads to the definition of thermodynamic properties which help us to understand and predict the operation of a physical system. We will present some simple examples of these laws and properties for a variety of physical systems, although, like the Wright brothers, we are most interested in the thermodynamics of engines. Fortunately, many of the classical examples involve gas dynamics. Unfortunately, the numbering system for the three laws of thermodynamics is a bit confusing. We begin with the zeroth law.