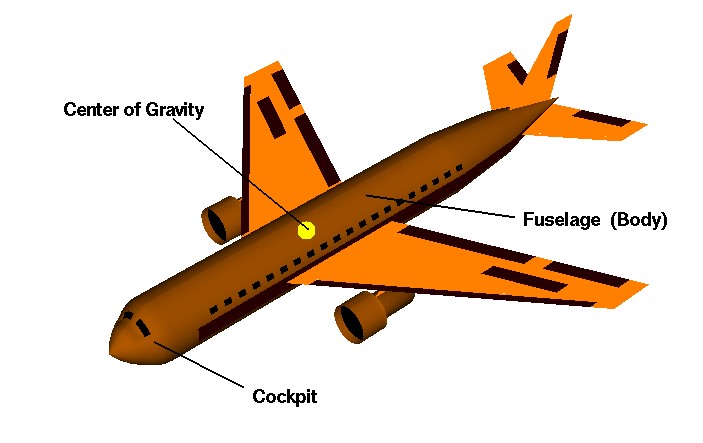 Airplanes are transportation devices which are designed to move people and cargo from one place to another. Airplanes come in many different shapes and sizes depending on the mission of the aircraft. The airplane shown on this slide is a turbine-powered airliner which has been chosen as a representative aircraft.

The weight of an aircraft is distributed all along the aircraft. The fuselage, along with the passengers and cargo, contribute a significant portion of the weight of an aircraft. The center of gravity of the aircraft is the average location of the weight and it is usually located inside the fuselage. In flight, the aircraft rotates around the center of gravity because of torques generated by the elevator, rudder, and ailerons. The fuselage must be designed with enough strength to withstand these torques.