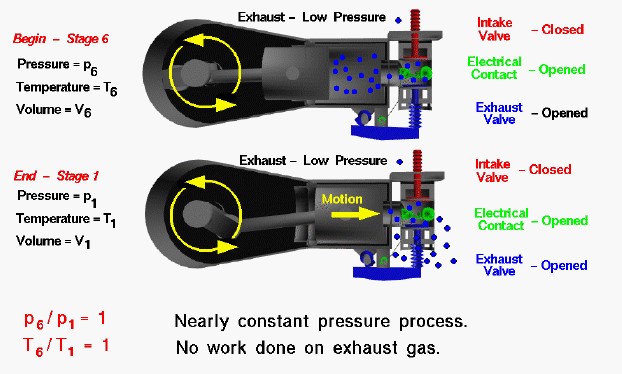 The exhaust stroke takes place at a nearly constant atmospheric pressure because the exhaust valve is open to the atmosphere throughout the stroke. There is (theoretically) no work done on the exhaust during this process. The random motion of the gas causes to exit the combustion chamber and cylinder as the volume is decreased by the piston motion. The pressure and temperature ratios are both 1.0 during the exhaust stroke.