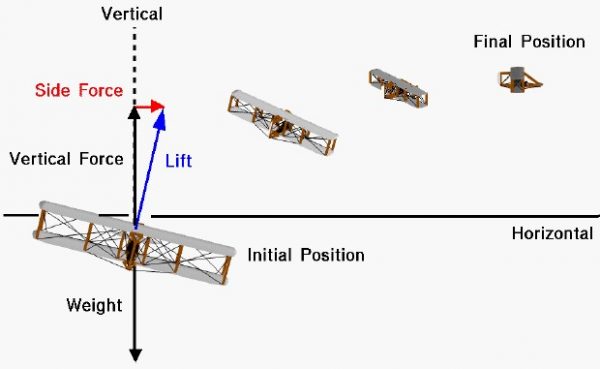 The Wright brothers first encountered adverse yaw on their 1901 aircraft, which had no rudder. During the winter of 1901, as they designed their 1902 aircraft, they decided to include a fixed rudder. But they found during early flight tests that the fixed rudder actually made the adverse yaw worse. Orville decided that the rudder should move to keep the nose pointed along the flight path. Wilbur suggested connecting the controls of the rudder to the wing warping to make the pilot’s job easier.