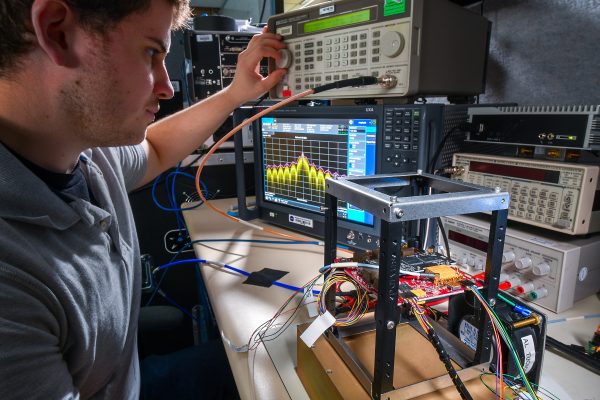 What is Cognitive Communication?

NASA’s Cognitive Communications project defines “cognitive” as any system, or part of a system, that is able to overcome obstacles, respond to and learn from its environment, and achieve beneficial goals to the completion of its primary mission with minimal to no human interaction. Effectively, the cognitive system must have the ability to adapt to changing conditions by producing reasonable outcomes in scenarios that extend beyond the pre-programmed knowledge of its original inception. These systems utilize cognitive engines (CE), or decision-making algorithms that enable part of a cognitive system. A cognitive engine learns from past allocations to improve mission communications performance over time. The growing complexity of NASA’s spacecraft constellations, communication relay offerings, and mission architectures, drive the need for the development of autonomous communication systems.

A space communication link is a wireless connection between two radios over distance with at least one of the radios in space. Currently, NASA missions determine the exact communication system configuration of the radio prior to launch. While this approach is proven and robust, it is also inflexible to real-time mission changes that can occur after launch. Benefits to using a cognitive link approach opposed to the traditional link approach currently used by NASA include diminishing data loss from radio frequency (RF) interference, optimizing throughput, and reduced operator burden. 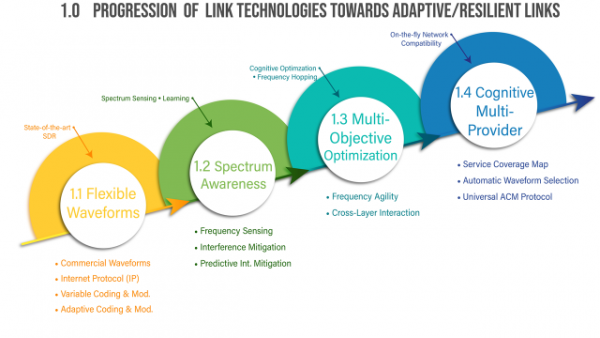 Space communication networks are used to route information between multiple communication links. The goal of a cognitive network is to have the autonomous aspects not only understand the interfaces between the systems, but also optimize to fulfill specific objectives. NASA has a demonstrated need for networks that are tolerant to delay and disruption, known as Delay-Tolerant Networking (DTN). Engineers at NASA GRC are currently researching methods of integrating cognitive aspects into DTN protocol. 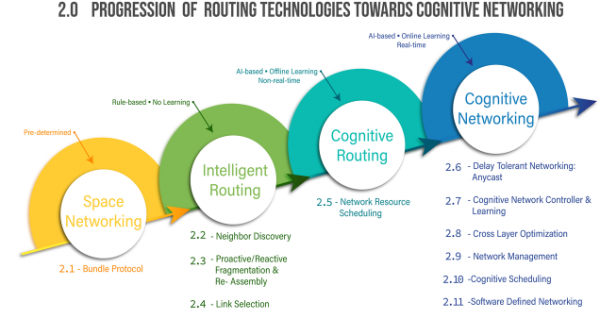 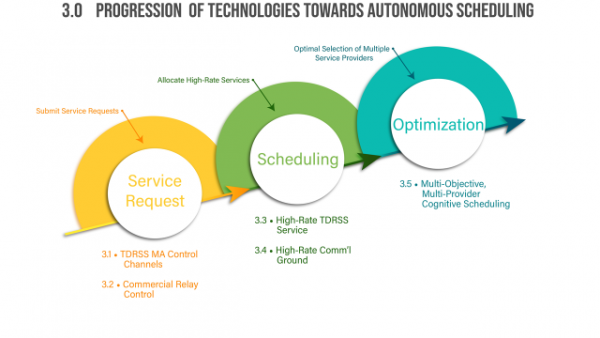 Enabling technologies are used to adapt modern equipment such as neuromorphic processors to allow for cognitive capabilities. The hardware necessary to implement cognitive communications capabilities on-board spacecraft typically mimics the hardware that enables artificial intelligence and machine learning on the ground. While each of these four focus areas can mature independently, the end goal is to transition towards integration into a decentralized cognitive space communications system.