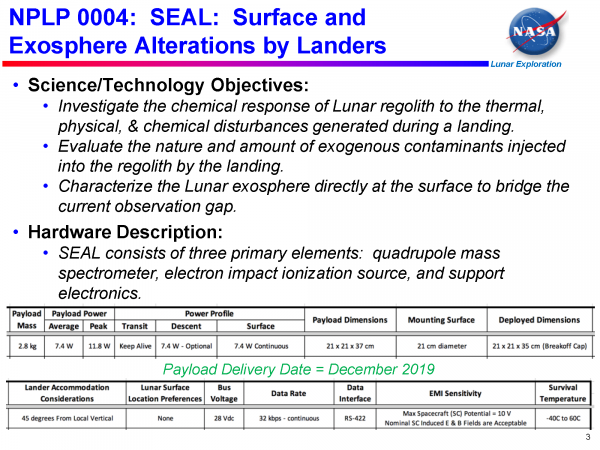 • Investigate the chemical response of Lunar regolith to the thermal, physical, & chemical disturbances generated during a landing.
• Evaluate the nature and amount of exogenous contaminants injected into the regolith by the landing.
• Characterize the Lunar exosphere directly at the surface to bridge the current observation gap. 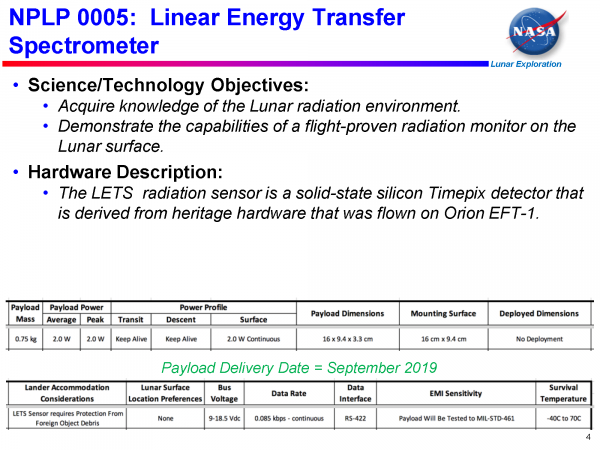 • Acquire knowledge of the Lunar radiation environment.
• Demonstrate the capabilities of a flight-proven radiation monitor on the Lunar surface.

• The LETS radiation sensor is a solid-state silicon Timepix detector that is derived from heritage hardware that was flown on Orion EFT-1. 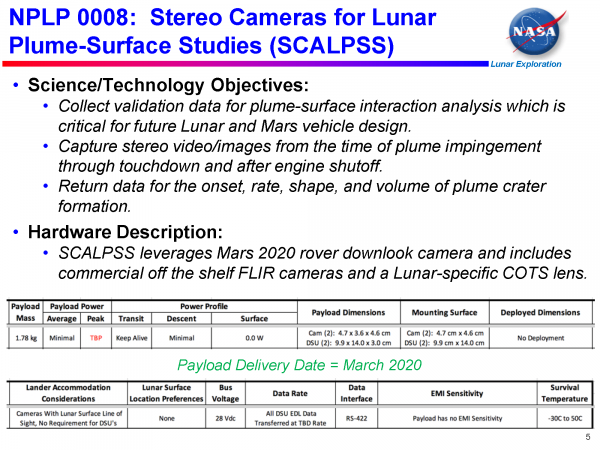 • Collect validation data for plume-surface interaction analysis which is critical for future Lunar and Mars vehicle design.
• Capture stereo video/images from the time of plume impingement through touchdown and after engine shutoff.
• Return data for the onset, rate, shape, and volume of plume crater formation. 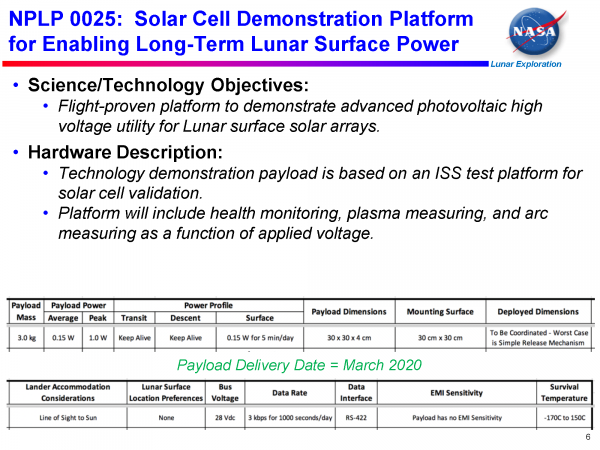 • Technology demonstration payload is based on an ISS test platform for solar cell validation.
• Platform will include health monitoring, plasma measuring, and arc measuring as a function of applied voltage. 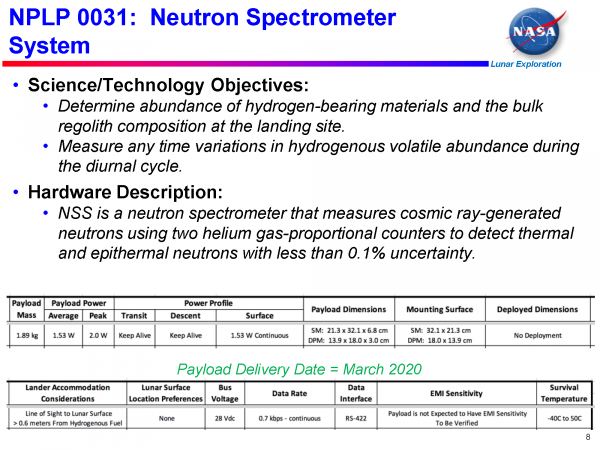 • Determine abundance of hydrogen-bearing materials and the bulk regolith composition at the landing site.
• Measure any time variations in hydrogenous volatile abundance during the diurnal cycle. 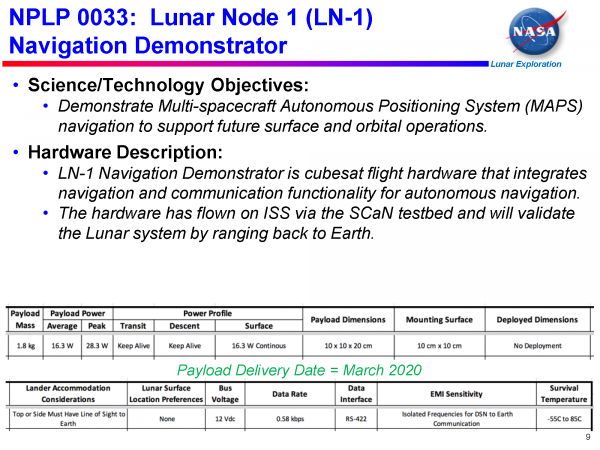 • LN-1 Navigation Demonstrator is cubesat flight hardware that integrates navigation and communication functionality for autonomous navigation.
• The hardware has flown on ISS via the SCaN testbed and will validate the Lunar system by ranging back to Earth. 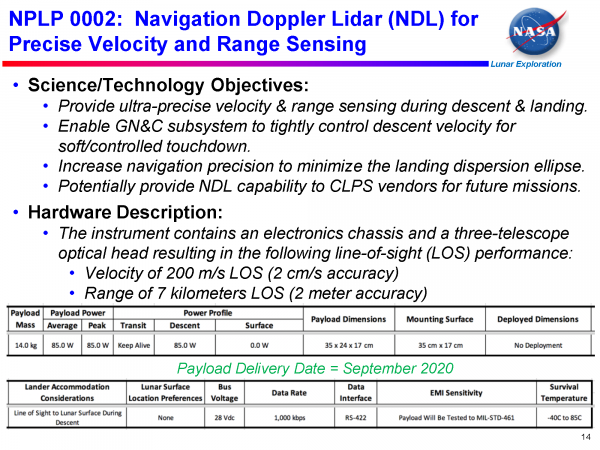