–7 proposals were selected to cover a broad portfolio of technologies

–Approximately $1.5M/award with a max duration of 3 years 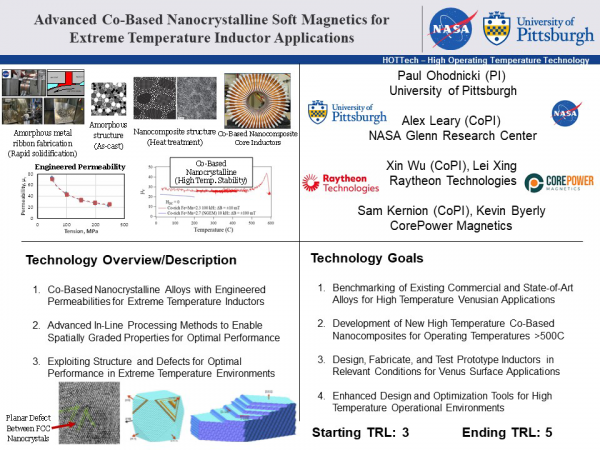 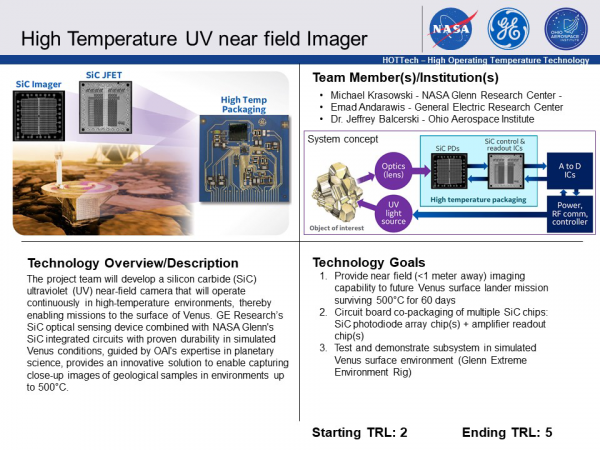 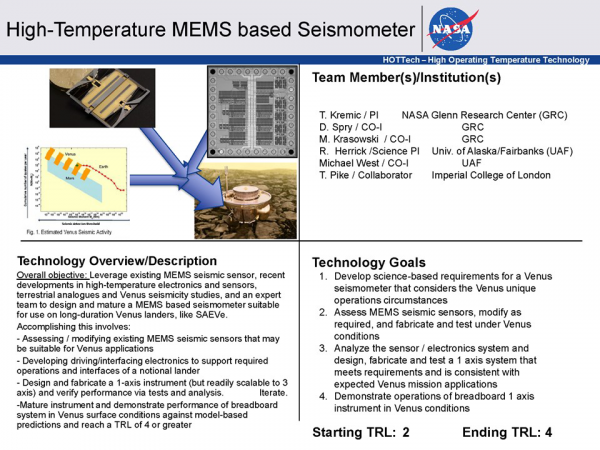 Leverage existing MEMS seismic sensor, recent developments in high-temperature electronics and sensors, terrestrial analogues and Venus seismicity studies, and an expert team to design and mature a MEMS based seismometer suitable for use on long-duration Venus landers, like SAEVe. 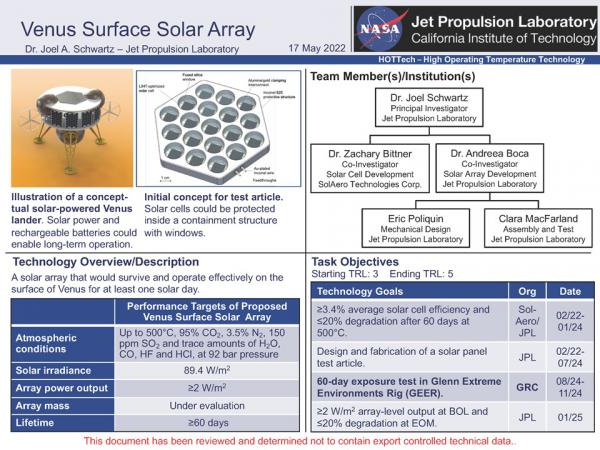 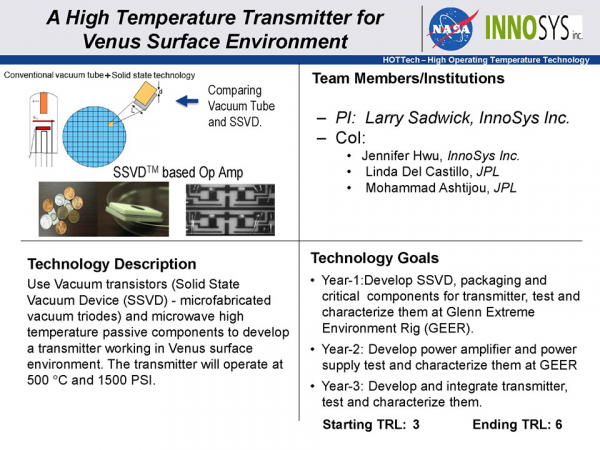 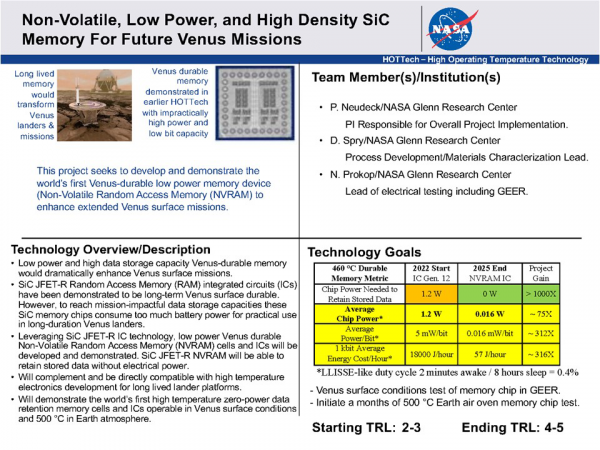 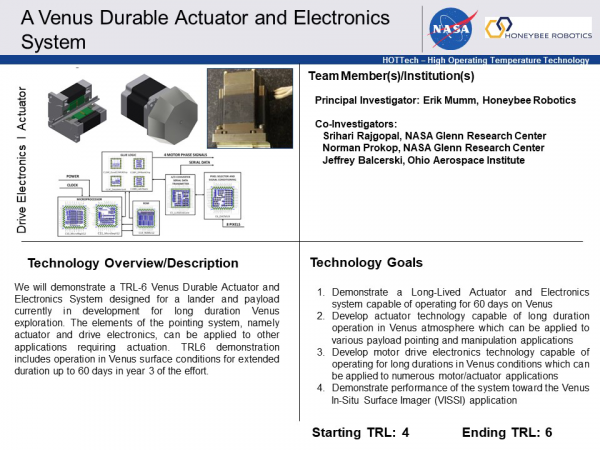 We will demonstrate a TRL-6 Venus Durable Actuator and Electronics System designed for a lander and payload currently in development for long duration Venus exploration. The elements of the pointing system, namely actuator and drive electronics, can be applied to other applications requiring actuation. TRL6 demonstration includes operation in Venus surface conditions for extended duration up to 60 days in year 3 of the effort.

–12 proposals were selected to cover a broad portfolio of technologies

–Approximately $600k/award with a max duration of 3 years 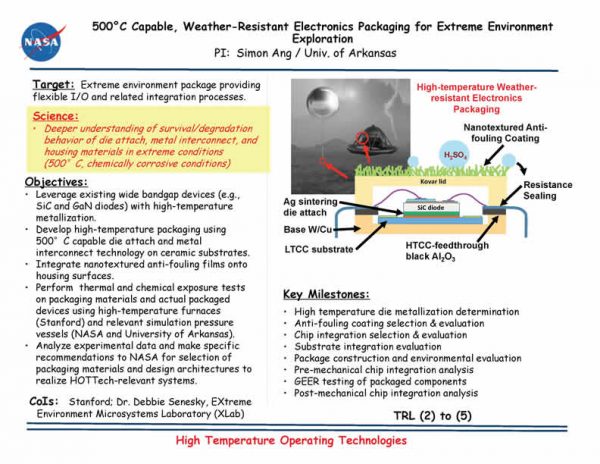 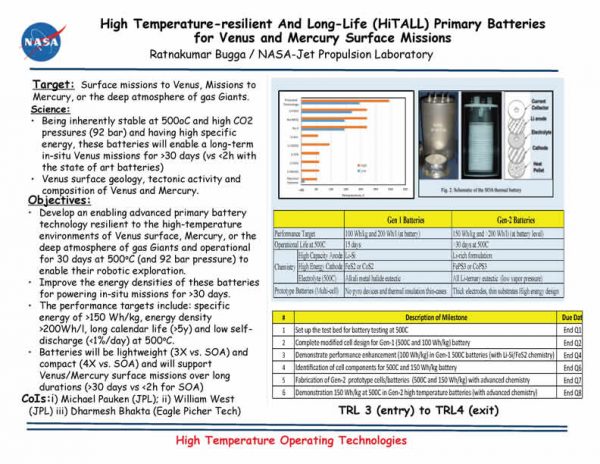 Being inherently stable at 500oC and high CO2 pressures (92 bar) and having high specific energy, these batteries will enable a long-term in-situ Venus missions for >30 days (vs <2h with the state of art batteries) 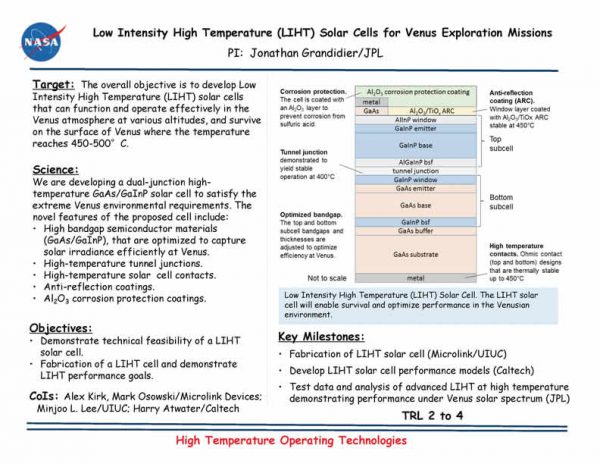 We are developing a dual-junction high-temperature GaAs/GaInP solar cell to satisfy the extreme Venus environmental requirements. The novel features of the proposed cell include: 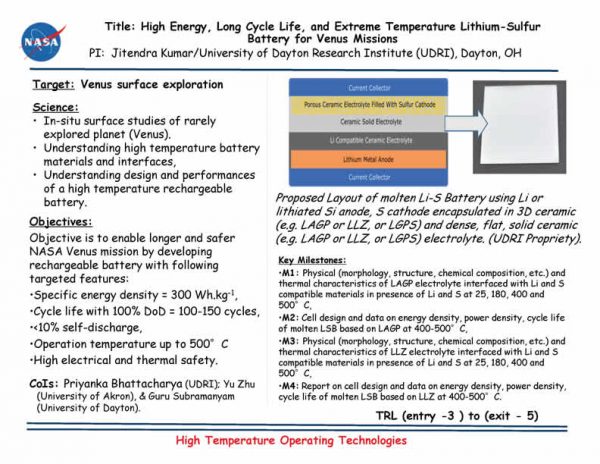 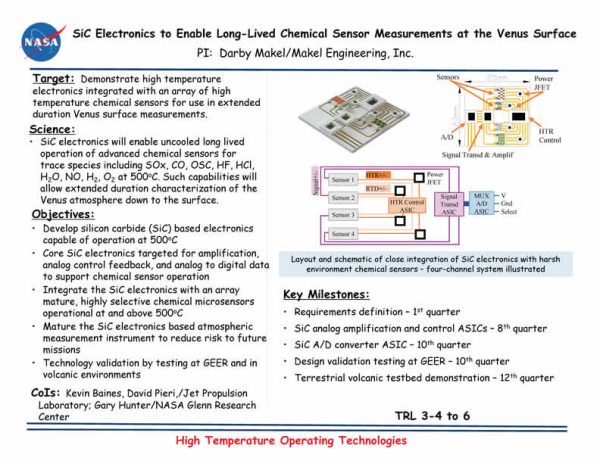 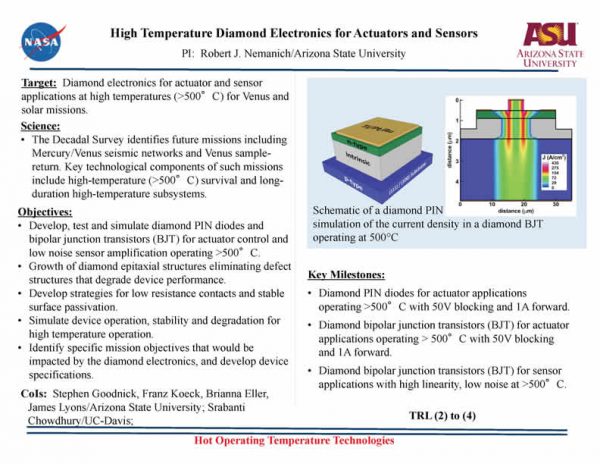 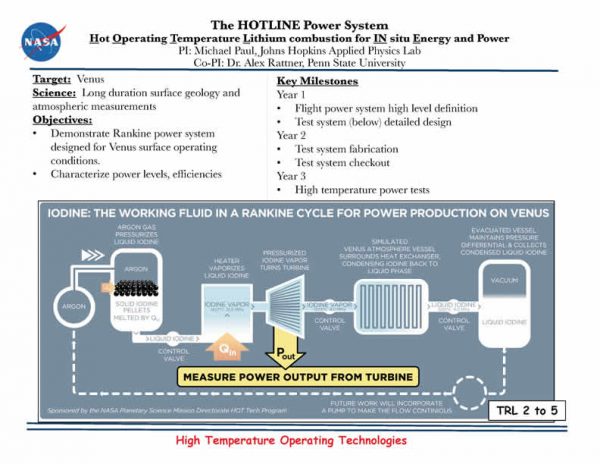 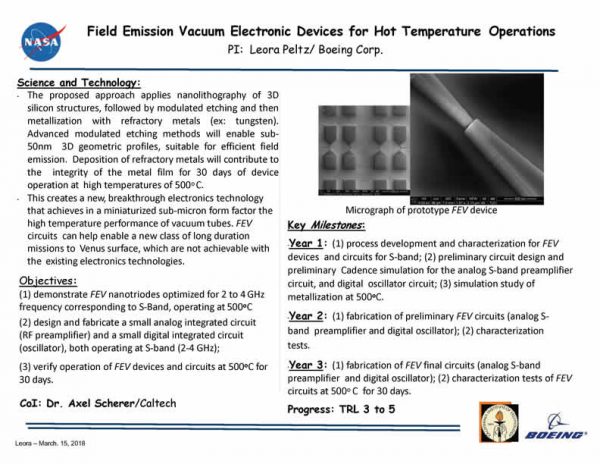 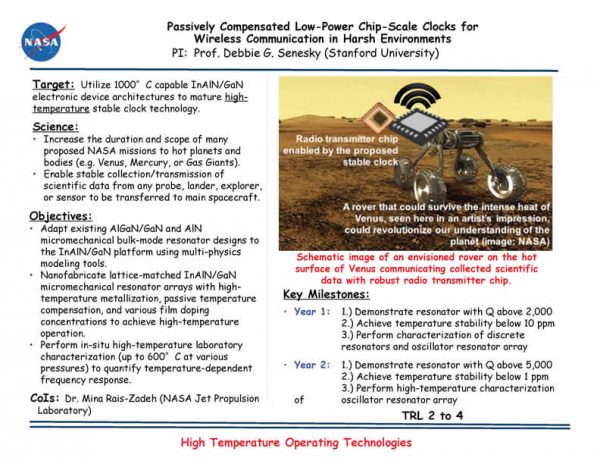 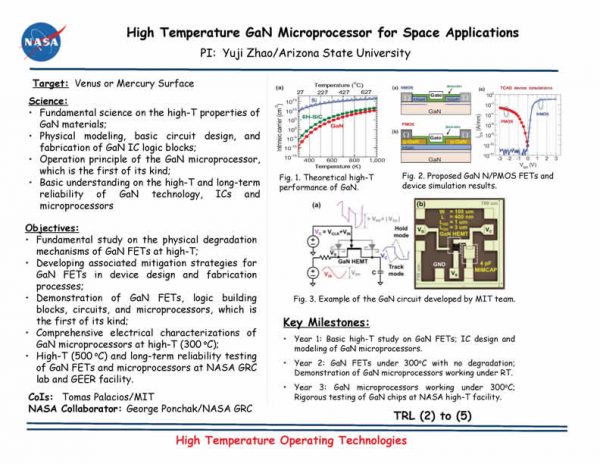 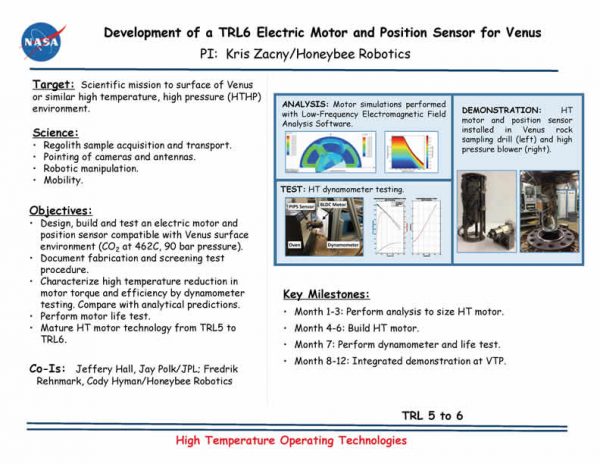 Development of a TRL6 Electric Motor and Position Sensor for Venus