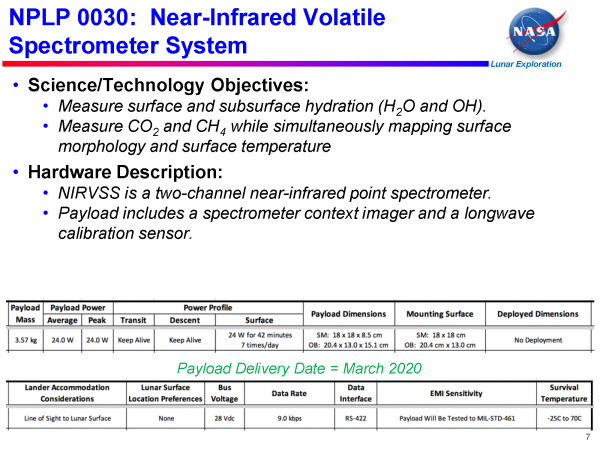 Neutron Measurements at the Lunar Surface 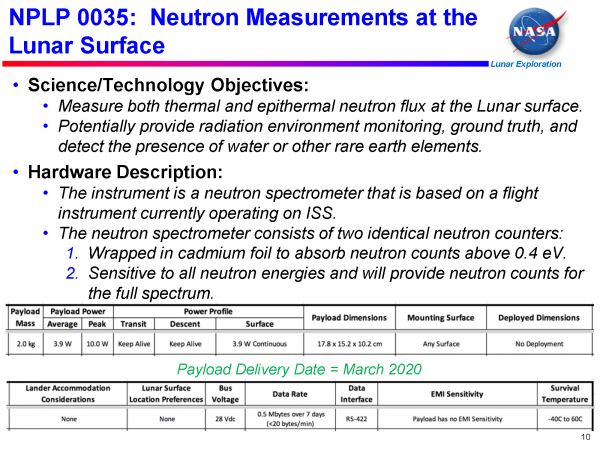 • Measure both thermal and epithermal neutron flux at the Lunar surface.
• Potentially provide radiation environment monitoring, ground truth, and detect the presence of water or other rare earth elements.

1. Wrapped in cadmium foil to absorb neutron counts above 0.4 eV.
2. Sensitive to all neutron energies and will provide neutron counts for the full spectrum. 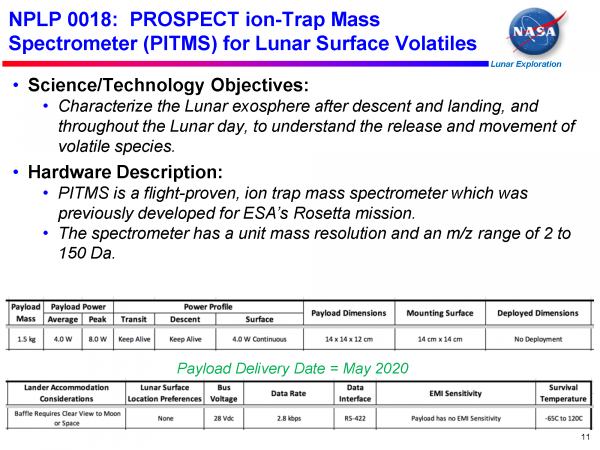 • Characterize the Lunar exosphere after descent and landing, and throughout the Lunar day, to understand the release and movement of volatile species.

• PITMS is a flight-proven, ion trap mass spectrometer which was previously developed for ESA’s Rosetta mission.
• The spectrometer has a unit mass resolution and an m/z range of 2 to 150 Da. 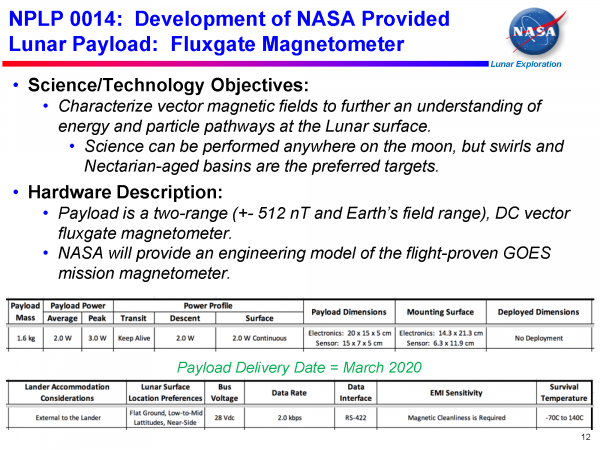 • Characterize vector magnetic fields to further an understanding of energy and particle pathways at the Lunar surface.

• Science can be performed anywhere on the Moon, but swirls and Nectarian-aged basins are the preferred targets.

Low-frequency Radio Observations from the Near Side Lunar Surface 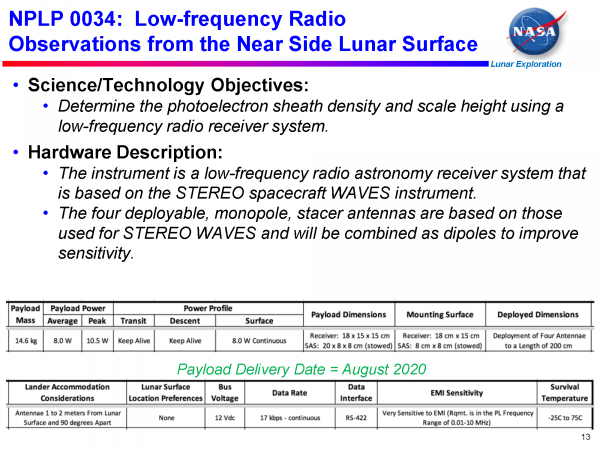 • The instrument is a low-frequency radio astronomy receiver system that is based on the STEREO spacecraft WAVES instrument.
• The four deployable, monopole, stacer antennas are based on those used for STEREO WAVES and will be combined as dipoles to improve sensitivity. 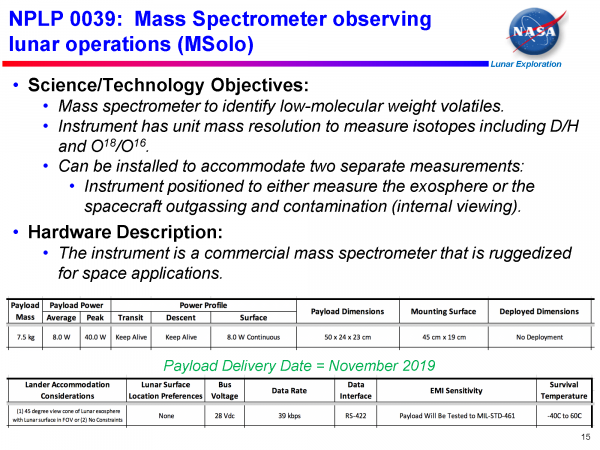 • Mass spectrometer to identify low-molecular weight volatiles.
• Instrument has unit mass resolution to measure isotopes including D/H and O18/O16.
• Can be installed to accommodate two separate measurements:
• Instrument positioned to either measure the exosphere or the spacecraft outgassing and contamination (internal viewing).

• The instrument is a commercial mass spectrometer that is ruggedized for space applications.