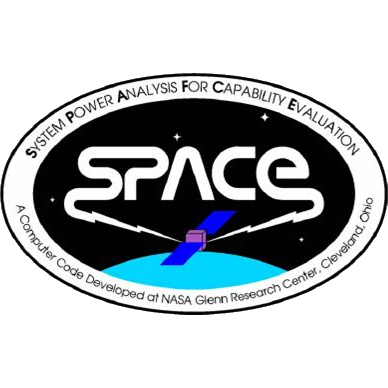 To evaluate the overall performance of the Electric Power System (EPS) on the International Space Station (ISS), NASA’s Glenn Research Center is using the System Power Analysis for Capability Evaluation (SPACE) software program. By using this software, Glenn’s Power Architecture and Analysis Branch analyzes the on-orbit power capability and performance of the EPS.

Glenn’s analysis and assessment efforts are in support of the Vehicle Integrated Performance, Environments and Resources (VIPER) working group at NASA’s Johnson Space Center. Glenn is also working with the following contractors: Boeing, Aerojet Rocketdyne, and Loral Space and Communications.

SPACE was first developed by Glenn (then known as Lewis Research Center) in 1988 as a tool for performing independent verification and validation of EPS performance calculations. Since then, SPACE has been used as the primary EPS performance tool for ISS redesign activities and during the Verification Analysis Cycles (VACs) that occurred prior to each space shuttle flight to the ISS. The team now performs VACs prior to arrival of any Visiting Vehicle, such as the Russian Soyuz, and Progress, the Japanese HTV, and the US Orbital and SpaceX.

SPACE processes this data along with details of how the solar arrays are pointing relative to the sun over time and how the ISS is configured to determine the capability of the EPS and identify if any hardware or operational constraints have been exceeded. To perform the analysis, the software also considers ISS orbit mechanics, geometry and architecture changes, subsystem models and hardware/software limitations.

SPACE analysis is important because it helps to ensure the safety and success of ISS operations. Since SPACE was developed, the team has completed assessments for over 7 Design Analysis Cycles (DACs), 14 VACs, and dozens of special studies for the ISS. The SPACE team consists of six core members as well as over 50 contributing engineers and scientists who have helped write over 30 publications related to this technology throughout the years.

Since continuous and reliable power is vital to space exploration, extended applications for SPACE exist within many of the architectural elements of future exploration missions. This tool is currently being used to support the DACs of the Orion crew exploration vehicle as well as for planning the development of the lunar lander. SPACE can greatly benefit any system architecture that requires an assessment of the performance of its EPS. 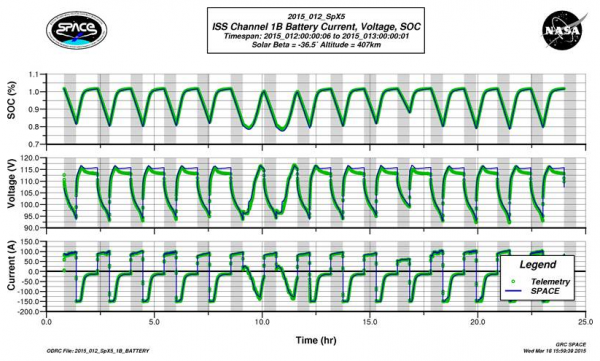 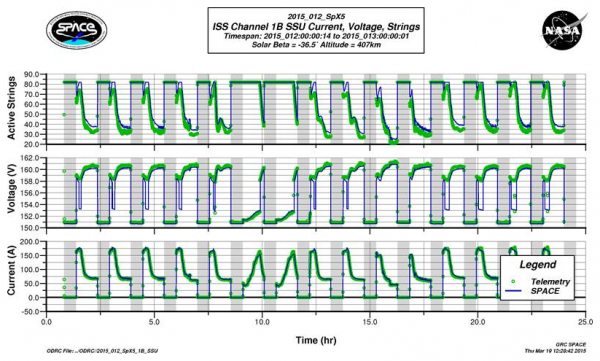