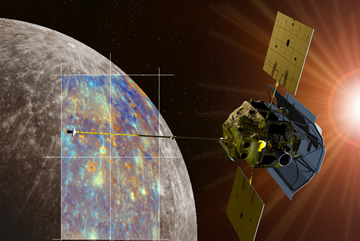 Space nuclear power is expected to play a key role in the advanced exploration of the outer solar system. Future space nuclear power systems will require control and monitoring circuits for safe and optimum reactor performance. Use of heat-tolerant radiation hardened SiC circuits will greatly reduce the shielding needed to protect the reactor control electronics, and enable placement of the electronics in close proximity with the reactor, both of which should trim considerable weight from the power system. 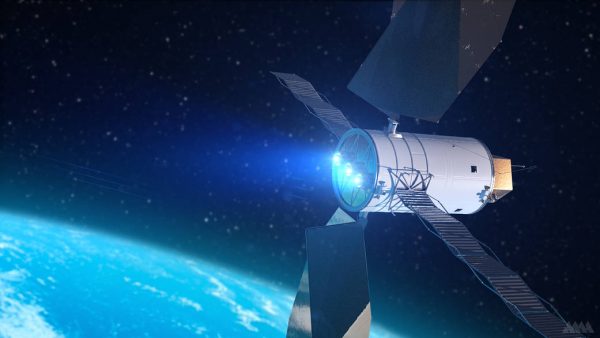 It is now well-demonstrated that silicon carbide power devices can enable substantial improvements to the size, weight, and efficiency of power management and distribution circuits and systems. The faster switching speed of high-voltage silicon carbide power devices compared to similarly rated silicon power devices enables the practical use of much higher internal switching frequencies in power conversion circuits. The higher internal switching frequency in turn enables power conversion circuits to employ much smaller transformers and capacitors that are almost always the vast majority of the size and weight of a power converter circuit. While the amount of benefit is always application-specific, some silicon carbide converter demonstrations have cut the volume and weight by more than 5-fold compared to correspondingly rated converters implemented with standard silicon power devices.

Spacecraft often require thermal radiators to dissipate heat generated by the spacecraft’s functional electronics. These electronics, currently based on silicon or gallium arsenide semiconductors, would fail if they were not properly cooled by the spacecraft’s thermal radiators. Because silicon carbide electronics can operate at much higher temperatures than silicon or gallium arsenide, the size and weight of such radiators on a spacecraft could be greatly reduced or even eliminated.

The above combined silicon carbide electronics system benefits will enable substantial weight savings on spacecraft, or at least allow greater functionality (i.e., more scientific instruments or communications transponders) by utilizing the space and weight formerly occupied by the larger silicon-based power and thermal management subsystems. Given the high costs of launching payloads, the weight savings gained by using silicon carbide electronics could have large economic and competitive implications in the satellite industry.

A family of high temperature silicon carbide electronics and sensors that could function in hot areas of the launch vehicle would alleviate the above-mentioned technical obstacles to enable performance gains. Silicon carbide based distributed control electronics and sensors that could operate in very harsh environments would eliminate wiring and connectors needed in conventional sheltered-electronic control systems. Furthermore, uncooled operation silicon carbide high-power electronics could save launch vehicle weight by replacing hydraulic actuator systems and fluids with fluid-free electromechanical controls. 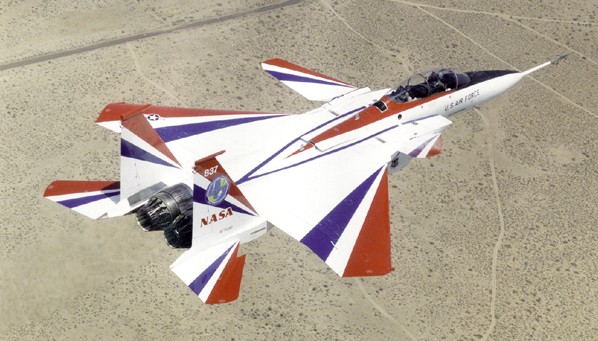 However, since today’s silicon-based electronics technology cannot function at high temperatures, these electronics must reside in environmentally controlled areas. This necessitates the use of long wire runs between the sheltered electronics and the hot-area sensors and controls or the fuel-cooling of the electronics and sensors located in high-temperature areas. Both of these low-temperature-electronics approaches suffer from serious drawbacks, as the wire runs add a substantial amount of weight, fuel cooling has harmed aircraft fuel efficiency, and both have negatively impacted aircraft reliability.

A family of high temperature silicon carbide electronics and sensors that could function in hot areas of the aicraft would alleviate the above-mentioned technical obstacles to enable substantial aircraft performance gains. Some aircraft design studies have indicated that harsh-environment silicon carbide based distributed control electronics could eliminate the majority the wiring and connectors that are otherwise needed in conventional sheltered-electronics aircaft control systems. This is extremely crucial given the fact that wiring and connector problems are the most frequent cause of propulsion maintenance action and downtime in commercial aircraft today. In addition, uncooled operation of silicon carbide power electronics could also save weight and increase reliability by replacing hydraulic controls and fluids with “smart” fluid-free electromechanical controls. Even in non-hot areas of an aircraft, silicon carbide electronics would enable the elimination of electronics cooling systems, such as the liquid cooling system employed in the F-22, that add weight and reduce operational reliability of high-performance aircraft. 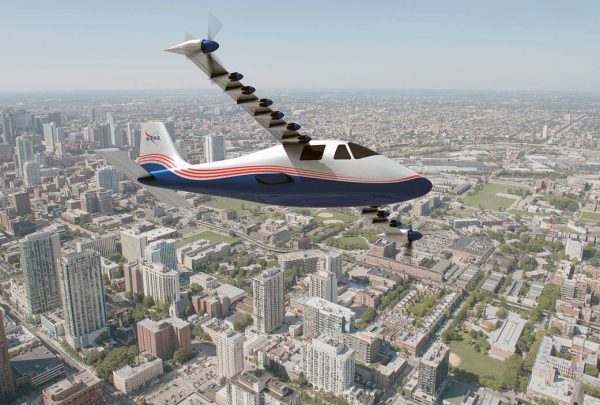 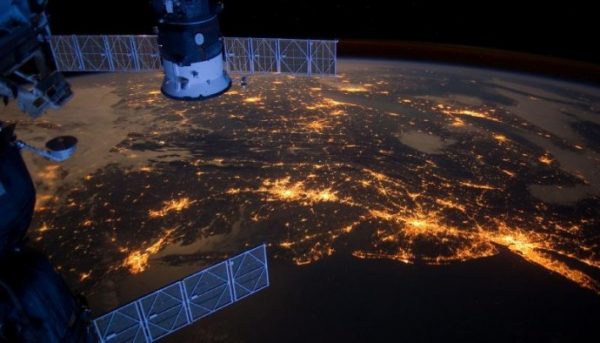 Energy utilities generate more electricity than is consumed at any given time. This excess power reserve is needed to cover losses that occur in electric power transmission, including losses that accumulate during conversion of electricity to and from very different voltages used throughout the power grid. Excess power reserve is also needed to ensure that electric service is reliably immune to everyday load changes and component failures that cause electrical glitches throughout the power grid. With increasing reliance on renewable energy, the incorporation of more efficient silicon carbide power conversion electronics into the power grid should significantly reduce the power reserve margin necessary for reliable operation. 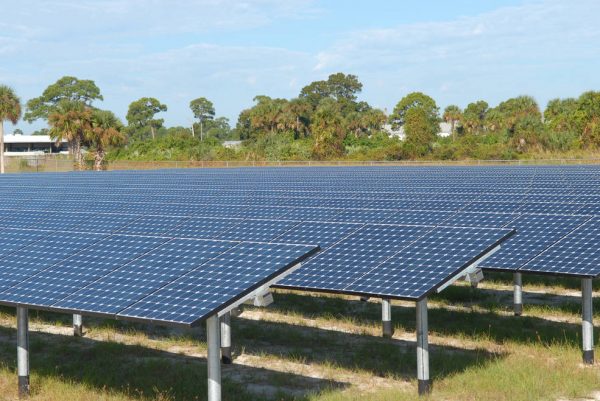 Power semiconductor devices are a critical element of “smart” electric power conversion and distribution systems. While the vast majority of these devices are presently implemented in conventional silicon-based semiconductor technology, it is increasingly clear that SiC power devices can greatly improve the efficiency and size performance of these systems. In short, SiC power devices could standoff higher voltages and respond faster using devices with lower parasitic resistances and physically sizes much smaller than silicon power devices. Faster switching speed not only increases power system conversion efficiency, but it also enables the use of smaller transformers and capacitors to greatly shrink the overall size and weight of the system which in turn makes solar and wind renewables easier and lest costly to install. Furthermore, the high temperature capability of SiC greatly reduces cooling requirements that are also a substantial portion of the total size and cost of a power conversion and distribution system. SiC devices are therefore expected to drastically improve the distribution and efficient usage of electric power throughout the 21st century.

The capabilities of electric vehicles are largely determined by the capabilities of the electric circuits and motors that are responsible for converting electrical energy into drivetrain energy. SiC power devices are being demonstrated to greatly improve the efficiency and size performance of electric automotive power converters compared to silicon. In short, SiC power devices standoff higher voltages with lower parasitic resistances faster switching than silicon power devices. Faster switching speed increases power conversion efficiency, and also enables the use of smaller transformers and capacitors to greatly shrink the overall size and weight. Furthermore, the high temperature capability of SiC greatly reduces cooling requirements can also detrimentally add size and weight to the vehicle. In addition to electric automobiles, superior SiC power conversion electronics would enhance the performance of most any form of electric-motor transportation system, from mass transit trains and busses to commercial railroad locomotives to commercial and military surface ships and submarines. SiC power devices are also being utilized to improve efficiency and charging times of electric vehicle charging stations. 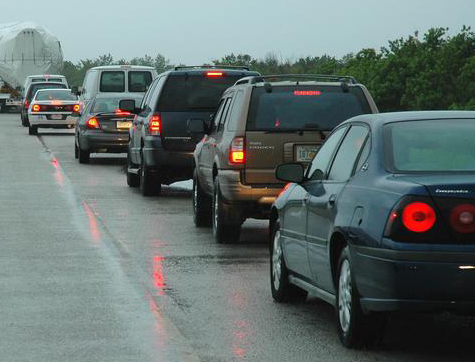 Internal combustion automobiles are increasingly relying on complex “under-the-hood” electronics and sensors rated at temperatures from -40 °C to 125 °C to meet the demands for increasing fuel efficency while decreasing pollutant emissions. Careful placement of silicon-based engine control electronics boxes within the engine compartment presently meets most of today’s automotive needs. However, integratedSiC sensors functioning directly in contact with higher temperature cylinder head and exhaust pipe areas would enable further gains in fuel combustion efficiency and reduced exhaust emissions. Furthermore, SiC-based engine control electronics rated at temperatures well above 125 °C would eliminate present-day box placement design constraints and would reduce the number of wires and connectors in the engine, both of which should improve long-term reliability. 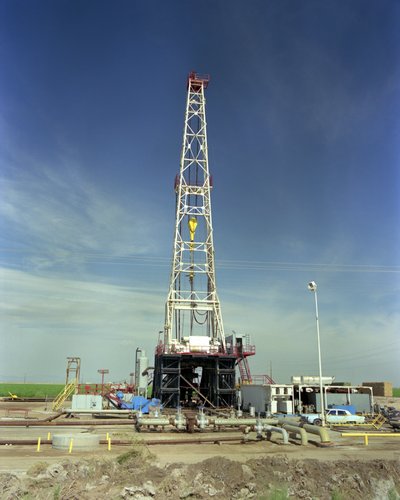 The drilling of today’s energy production wells rely on silicon-based semiconductor electronics and sensors at the drill head to provide critical guiding information about the physical status of the head as well as the rock formations being drilled. As energy production demands continue to drive drilling towards greater depths and faster drilling rates, drill-head operating temperatures are expected to rise beyond the operational limits of silicon. Silicon carbide sensors and circuits are expected to enable critical telemetry capability at drill-head temperatures greater than 300 °C expected in future drilling of energy production wells. 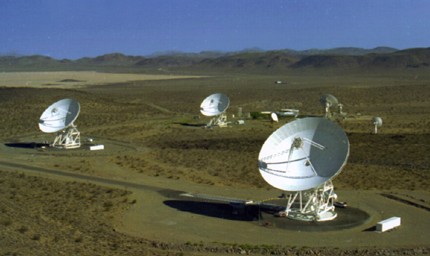