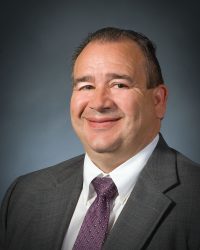 Dr. Suder joined NASA Glenn in 1983. He holds a Ph.D. degree in Mechanical Engineering from Case Western Reserve University. His experience includes computational and experimental research in multistage turbomachinery for advanced air breathing propulsion systems. He is most noted for his contributions to the NASA Rotor 37 and Rotor 67 Benchmark data sets used for CFD validation. Dr. Suder has over 30 Publications – 21 Refereed publications, 10 Journal of Turbomachinery publications, and 1 book chapter: “Improvement of Aeropropulsion Fuel Efficiency Through Engine Design”. He is an ASME FELLOW, he chaired the American Society of Mechanical Engineers (ASME) Turbomachinery Technical Committee from 2010-2013, and he is currently the government representative on the ASME International Gas Turbine Institute’s Executive Committee.

Dr. Suder has also held several key leadership roles within the NASA Aeronautics Research Mission Directorate Programs. As the Chief Technologist for NGLT (Next Generation Launch Technology) TBCC (Turbine Based Combine Cycle) Revolutionary Turbine Accelerator project and the Principal Investigator for NASA (Fundamental Aeronautics Program) Hypersonic project 1999-2010, he led the development of a Mach 3-4 turbine engine for the first stage of a 2-stage to orbit launch system. From 2010-2014 Ken was the Sub-Project Manager for Propulsion Technology in the Environmentally Responsible Aviation Project, leading combustor, propulsor and core turbomachinery research & development efforts to demonstrate enabling technologies to meet the NASA Subsonic transport goals to reduce fuel burn, emissions, and noise. From 2014-2019 Ken was the Chief of the Turbomachinery and Turboelectric Systems Branch, and in April, 2019 he was selected as the NASA Senior Technologist for Airbreathing Propulsion at the NASA Glenn Research Center. 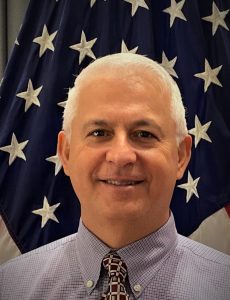 Mr. Ileri is the Program Manager for the Continuous Lower Energy, Emissions, and Noise (CLEEN) technology development program within the Federal Aviation Administration (FAA) since January 2014.  Under CLEEN, the FAA and industry cost share the development of technologies for civil subsonic jet aircraft to reduce fuel burn, emissions, and noise, and advance the development of “drop-in” alternative fuels.  The CLEEN program is a principal tool of the Next Generation Air Transportation System (NextGen) to accelerate development of environmentally promising aircraft technologies and sustainable alternative fuels.

Mr. Ileri has received his M.Sc in Aerospace and Mechanical Engineering from the University of Arizona (1995), and M.Sc in Engineering Sciences (1990) and B.Sc. in Civil Engineering (1988) from the Middle East Technical University in Ankara, Turkey. Mr. Ileri has authored multiple publications in the field of human factors, fracture mechanics, composite materials, intelligent motion control, electronic packages, and oil spill modeling in marine environments.

Dr. Don Ferguson is a research engineer in the Energy Conversion Engineering Group at the Department of Energy’s National Energy Technology Laboratory (NETL).  Since starting at NETL in 2002, he has been engaged in experimental and computational combustion studies.  Current research interest focus on exploring the potential of utilizing continuous detonation wave combustion to enhance thermal efficiency for gas turbine engines.  Work in this area has facilitated the development formal and informal collaborations with additional government agencies (Air Force Research Laboratory, Naval Research Laboratory and NASA Glenn Research Facility, among others).  Additional opportunities for collaboration have resulted from Don’s current role as the Department of Energy’s representative on the PPSA Leadership Team and VAATE/ATTAM Steering Committee.

Dr. Ferguson is an active member of AIAA and ASME, as well as participating in a STEM/STEAM activities such as DOE’s Science Bowl and as a coach for First Lego League Junior.  Education includes a doctorate and master’s in mechanical engineering (West Virginia University), Bachelor of Science in aerospace engineering (West Virginia University) and a master’s in geographical information systems (Penn State University).

Dr. Robert Hancock is the Deputy for Science of the Turbine Engine Division of the Aerospace Systems Directorate of the Air Force Research Laboratory. He graduated with a Bachelor of Science and Master of Science in mechanical engineering from Brigham Young University and with a doctorate in mechanical engineering from the University of Illinois at Urbana-Champaign. He is responsible for the in-house research and development activities of the Turbine Engine Division and for R&D interactions with universities, small businesses and engine manufacturers.

Dr. Alex Schumaker is a senior research engineer in the Turbine Engine Division of the Aerospace Systems Directorate of the Air Force Research Laboratory.  His primary focus area is the development of Rotating Detonation Engines (RDE) for Air Force applications and leads an integrated 6.1 to 6.3 RDE development program. Dr. Schumaker is currently acting as the Turbine Engine Division Principle Scientist where he is responsible for in-house research and development activities across the division.

Prior to joining the Turbine Engine Division in February 2019, he spent 10 years with the Rocket Propulsion Division Combustion Branch as branch technical advisor and a researcher where he oversaw an in-house research portfolio for both rocket engines and motors including work in fuels, injectors, combustion stability, rotating detonation rocket engines, carbon-carbon materials and multi-fidelity modeling and simulation. 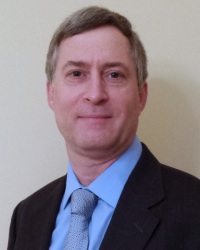 Mr. Kevin Kerner is the Power Focus Area lead for the Aviation Development Directorate (ADD) of the U.S. Army and is responsible for planning the Army’s future drive systems and engine systems technology portfolio. He is located at the Aviation Applied Technology Directorate (AATD) in Fort Eustis, Virginia. ADD-AATD is part of the U.S. Army Research, Development and Engineering Command (RDECOM) whose mission is to develop and transition critical technologies to support Army aviation and joint programs. Mr. Kerner’s key responsibilities include planning the development of aircraft engines and drive system technology and coordination of the Army engine and drive system research and development plans with Army stakeholders, joint service agencies, industry partners, and the PPSA leadership team.

Mr. Kerner earned his bachelor’s degree in mechanical engineering from the Pennsylvania State University and is a member of the American Helicopter Society (AHS). Mr. Kerner’s prior work assignments include working as an aerospace engineer in the Power Systems Division of AATD as the compressor component specialist, as a demo engine project engineer on the Joint Turbine Advanced Gas Generator and Small Heavy Fuel Engine programs, and as engine components team leader. 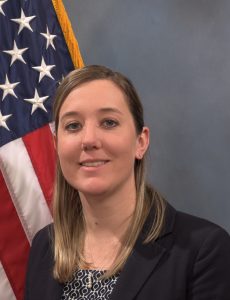 Ms. Anastasia Kozup is the Engines Technical Area Lead for the Technology Development Directorate – Aviation Technology Systems Integration & Demonstration at Fort Eustis, VA that is a part of the U.S. Army Combat Capabilities Development Command Aviation and Missile Center (AvMC).  AvMC is the Army’s focal point for providing research, development, and engineering technology and services for aviation and missile platforms across the life cycle.

Ms. Kozup leads the execution of propulsion 6.2 and 6.3 S&T programs for the Army.  Ms. Kozup received bachelor’s degrees in mechanical and aerospace engineering from West Virginia University, and a master’s degree in engineering management from The George Washington University.  She is a member of the propulsion committee for the Vertical Flight Society and is the Army lead on the ATTAM Steering Committee. 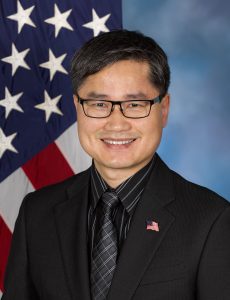 Dr. Chol-Bum “Mike” Kweon is Program Manager for Versatile Tactical Power and Propulsion Essential Research Program (VICTOR ERP) at the DEVCOM-Army Research Laboratory (DEVCOM-ARL) at Aberdeen Proving Ground (APG), MD. He is responsible for managing one of the ARL’s 10 Corporate Programs. Prior to this position, he was the Propulsion Division Chief of the Vehicle Technology Directorate (VTD) of the U.S. Army Research Laboratory.

Since 2010, Dr. Kweon established multiple DoD unique experimental capabilities within ARL including the ARL Spray Combustion Research Laboratory, the Small Engine Combustion Research Laboratory, and the Small Engine Altitude Research Facility. Dr. Kweon has developed numerous collaborations with industry, academia and other agencies via the ARL’s Open Campus initiative and ARL Extended Campuses. He also developed a strong long-term collaborations with DEVCOM-Aviation and Missile Center, PM UAS and OEMs to support the Army’s primary UAS aircraft programs which brought in tens of million dollar Reimbursable, Direct Site and TSA funds to ARL. In 2018, Dr. Kweon founded Center for UAS Propulsion or CUP which serves as a foundation to accelerate the development of future UAS power and propulsion capabilities for the Warfighter.

Prior to ARL, Dr. Kweon worked for Delphi Advanced Powertrain to research advanced combustion processes and engine concepts including the Gasoline Direct-injection Compression Ignition (GDCI) which has been funded by the DoE since 2009. Dr. Kweon named the GDCI which is currently researched around the world. Prior to Delphi, Dr. Kweon worked for General Motors (GM) Research, Development and Planning in Warren, MI to research cylinder pressure-based combustion control and advanced combustion processes, and develop the next generation Duramax engines. He also worked for GM Powertrain in Pontiac, MI to develop passenger car diesel engines. Prior to GM, he worked for Gas Technology Institute where he established new natural gas engine research capabilities and researched advanced natural gas engine and fuel reforming technologies. 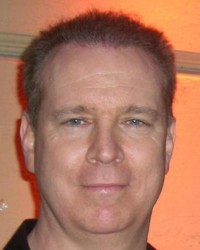 As program manager, Mr. Colbert is responsible for program development, oversight of major NAVAIR-level or component/command-level programs relating to research, development, testing, evaluation, innovation, and re-engineering that impacts the work of other subject matter experts. He is also responsible for major system development and/or the direction of technology-based research which has the highest significance to NAVAIR needs. Mr. Colbert also promotes the spin-off/transfer of federally-owned or originated technology to state and local governments and to the private sector to help strengthen the U.S. industrial base since technology transfer is a NAVAIR strategic thrust and is required by law.

Mr. Colbert graduated with a Bachelor of Science in mechanical engineering from Drexel University and a Master of Business Administration from Rider University. He is a graduate of the NAVAIR Journey Leadership Development Program and has received the Naval Air Warfare Center – Aircraft Division Commander’s Award in 2014. He has over 35 years of experience in aviation fuels and combustion and has served as the Combustion Systems Team lead having supported virtually all NAVAIR legacy, development, and S&T programs. 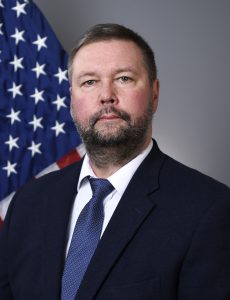 Office of Naval Research
Department of the Navy
Email: steve.martens@navy.mil

Dr. Steve Martens is currently the Propulsion, Power and Thermal Management Program Officer at The Office of Naval Research, Code 35 – Aviation, Force Projection and Integrated Defense.  He manages a portfolio of Science and Technology programs to ready new technologies and capabilities for transition to the USN and USMC.

Prior to his current role, Dr. Martens spent 20+ years at GE Aviation and GE Global Research, where he developed a deep technical background in advanced propulsion, inlets and exhausts, unsteady aerodynamics and aeroacoustics.  He holds a MS and PhD in Aerospace Engineering from The Pennsylvania State University.