The Glenn History Office manages the center’s archival collection and produces publications, websites, and other materials documenting the center’s extensive history. This page provides an overview of the collection, list of publications, and links to additional resources.

About the History Office 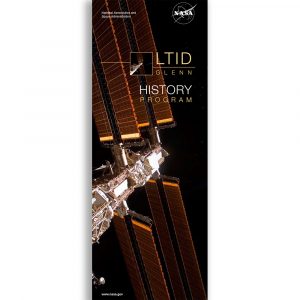 The Glenn History Office was created in 1999 to preserve and promote the rich heritage of the NASA Glenn Research Center for current and future researchers.

Services include basic and in-depth reference and research; documentation of facilities, projects, and people; publications in NASA’s Historical Publications Series; management of the Glenn archives; oral history interviews; development of historical programs, exhibits, and handouts; and appraisal of historical materials.

The archive contains the center’s newsletter and telephone directories dating back to the 1940s, copies of historic files from the Glenn center director’s office, an oral history collection, historic audio/visual materials and artwork, press kits from major NASA missions, and a range of collections regarding individuals, facilities, and programs.

The Glenn History Office has sponsored and created a number of books, websites, and documentaries on the center’s history. In addition, Virginia Dawson wrote Engines and Innovation: Lewis Laboratory and American Propulsion Technology—a History of the Center from the 1940s through 1990. These are listed in the following section.

History Features for Office of Communications